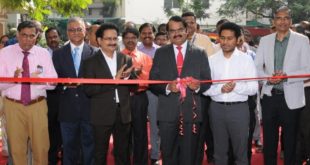 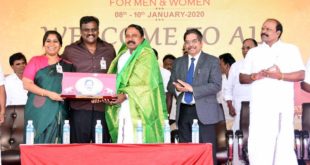 The actual citation extending this prestigious honor was read out during the aforesaid ceremony, which had been curated after an elaborate process of research by the Editorial Board of ReTHINK INDIA.

ReTHINK INDIA is a nationalist think tank which catalyses multi-faceted conversations within various thematic sectors presenting dependable news, views, interviews and analysis. It reaches out to the key stakeholders in every community and evokes a deeper engagement with the decision-makers through wisdom sharing, networking & recognition events.

This life time achievement award is given in honour of Late Sri B.S. Abdur Rahman for having founded various educational institutions to empower people from socially and economically disadvantaged sectors.

We  feel very proud about this Prestigious Award given in the Honour of our Beloved Founder Alhaj Dr. B.S. Abdur Rahman by

Late Sri. Dr. B.S. Abdur Rahman, B.S. Abdur Rahman Crescent University (Posthumously)  ‘ VISIONARY EDUPRENEUR OF INDIA  (FOR HAVING INSTITUTIONALISED THE KEY LEARNING FROM HIS RAGS-TO RICHES SAGA BY SETTING OUR A SERIES OF QUALITY EDUCATIONAL INSTITUTIONS ENDOWED FROM HIS VAST AND THRIVING BUSINESS EMPIRE TO NURTURE & EMPOWER THE HUMAN GEMS)