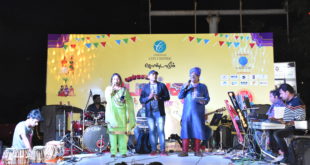 The Ministry of Health and Family Welfare (MoHFW), Government of India, has launched the world’s first national tobacco control mass media campaign to warn people of the increased risk of tuberculosis (TB) and dying from TB associated with smoking cigarettes or bidis, or being exposed to second-hand smoke. Vital Strategies congratulates the MOHFW on the launch of this important public health campaign, which reveals to the public the links between two of India’s most pressing health challenges. The campaign is centred on a Public Service Announcement (PSA) entitled “TB-Cough”, which has been developed and implemented with technical support from Vital Strategies.
“TB Cough,” launched to coincide with this year’s World No Tobacco Day, graphically shows that while a smoker’s cough tells the smoker they have a health problem, a persistent cough over two weeks or more could indicate that problem is TB, as smoking increases the risk of TB and dying from TB. It goes on to show a father smoking and coughing beside his daughter, noting that exposure to second-hand smoke brings the same risks. The PSA ends with the stark warning that “Every bidi cigarette brings you and those around you closer to TB.” The campaign will be broadcast for a duration of two weeks on all major government and private TV and radio channels, as well as community radio channels, in 17 languages, for pan-India reach.
José Luis Castro, President and Chief Executive Officer, Vital Strategies, commented, “We congratulate the Ministry of Health and Family Welfare on the launch of this important campaign, which will reach millions of Indians. Tobacco-related diseases and TB are socially and economically costly, representing real threats to development in India. Too many lives and livelihoods are being lost due to these health epidemics, so it’s important to show people that they can and should change their behavior to protect themselves and those around them. It’s also important that this campaign shows that bidis, which often escape proper scrutiny, are as harmful as cigarettes in terms of increased risk of TB. The campaign sends out a strong message to citizen across the country. We also need policymakers to heed its message, and take action. The prevention of tobacco use and TB requires urgent attention both at the state and national level, and would be accelerated by using the new GST to tax bidis commensurate with their harm.”
Health experts have long known that tobacco products like cigarettes and bidis are associated with a higher risk of TB and dying from TB – for smokers, people exposed to second-hand smoke, and bidi workers. This is one reason why civil society is advocating for bidis to be included in the highest tax slab of the new GST, along with all other tobacco products.

The 30-second long PSA was rigorously pretested with a target audience who found that “TB Cough” was ‘easy to understand’, ‘believable’, ‘made respondents stop and think’, and ‘made respondents feel more concerned’ about smoking around others. The PSA also made respondents ‘feel sympathetic to those with TB’, ‘made them feel concerned about symptoms of TB’, ‘made them more likely to visit a doctor if they had TB symptoms,’ and ‘increased their confidence to take TB medications if they got sick’. Overall, respondents understood the main message of the PSA and it resonated well with them.

Link to the PSA: https://youtu.be/h01U_0vvkCU .
Stills and a transcript of the PSA are available upon request.

Tobacco use in India – a growing health and economic problem
According to The Tobacco Atlas, nearly a quarter (23.2 percent) of adult males, 3.2 percent of adult females, 5.8 percent of boys and 2.4 percent of girls smoke tobacco in India. In total, more than 2,542,000 children and more than 120,000,000 adults in India use tobacco each day. As the use of all forms of tobacco has increased, so has tobacco-related disease and premature death. Tobacco is the cause of 14.3 percent of male deaths and 4.7 percent of female deaths in India, killing over 981,100 Indian citizens every year.
Research has shown that mass media campaigns and graphic health warnings on tobacco packs are one of the most effective means to prompt people to stop smoking. They are one of the World Health Organization’s M-P-O-W-E-R (W=Warn) strategies to reduce tobacco consumption. M-P-O-W-E-R strategies are endorsed and promoted by the Bloomberg Initiative to Reduce Tobacco Use, of which Vital Strategies is a principal partner.

About Vital Strategies
Vital Strategies envisions a world where every person is protected by a strong public health system. Our team combines evidence-based strategies with innovation to help develop sound public health policies, manage programs efficiently, strengthen data systems, conduct research, and design strategic communication campaigns for policy and behavior change. Vital Strategies was formed when The Union North America and World Lung Foundation joined forces. It is an affiliate of The International Union Against Tuberculosis and Lung Disease (The Union).
To find out more, please visit vitalstrategies.org or Twitter @VitalStrat

For further information or to arrange an interview with a Vital Strategies public health and tobacco control expert, please contact Tracey Johnston, Vital Strategies, at +44.7889.081.170 or tjohnston@vitalstrategies.or 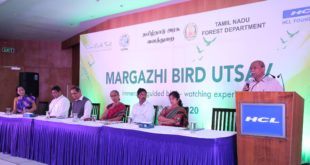