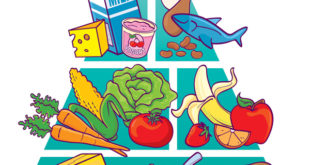 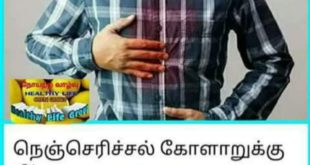 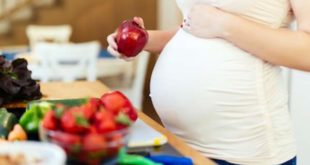 The prevalence of Cardiovascular Disease has progressively increased in India over the last few decades and is now the major cause of death in the country. Myocardial Infarction (MI), also known as a heart attack, takes place when the coronary artery becomes blocked leading to death of heart muscle. Earlier known to be common only among older age groups, myocardial infarction is now occurring very frequently in the young adults. It is looming large as the new epidemic afflicting Indians at a relatively younger age. Coronary Artery Disease (CAD) affects Indians 10 years earlier than other communities. The risk of CAD in Indians is 3-4 times higher than White Americans, 6-times higher than Chinese, and 20-times higher than Japanese. Rising affluence, rapid modernisation, associated with sedentary but stressful life and poor dietary discipline lead to the early onset of conventional risk factors namely hypertension, diabetes mellitus (DM), hypercholesterolemia, smoking and central obesity in the young. According to data released by the National Commission on Macroeconomics and Health, there was a nearly 30% increase in Myocardial Infarctions and deaths amongst those under the age of 40 years between 2010 and 2015. This is very alarming.

MI among those less than 40 years of age, is almost exclusively seen in male. Anterior wall MI is more common and most of the patients have single vessel disease. Though difficult to quantify, stress, adverse childhood experiences and psychological behavior also play an important role in the development of CAD. The INTERHEART study found an odd ratio of 2.67 for psychological factors in the causation of CAD in the general population, with population attributable risk as high as 32.5%. Indians genetically demonstrate a triad of high triglycerides with high LDL-C (bad cholesterol) levels and low HDL (good cholesterol) levels. This triad combined with high levels of Lipoprotein-a constitutes the deadly lipid quartet. Higher levels of apolipoprotein-B (Apo-B) are also reported in one third of Indians males.

Lipoprotein- a (Lp-a) is ten-times more atherogenic than LDL-C. It promotes early atherosclerosis and thrombosis. Lp-a is a stronger risk-factor than DM for CAD in the young. Estimation of triglyceride level gives an indirect measurement of LDL particle size and number. This factor in combination with low levels of HDL and hypertriglyceridaemia results in formation of small dense LDL which increases the risk of CAD more than three times. Insulin resistance syndrome (Metabolic Syndrome) which is common among Indians is another important risk factor for early development of CAD in Indian. Various infections, viral and bacterial, have also been implicated in the precipitation of Heart Attacks in patients who have CAD.

In order to combat the onslaught of CAD among young Indians and to reduce the acute events like acute myocardial infarction with associated complications like left ventricular failure, life threatening arrhythmias, it is mandatory to have high index of suspicion of CAD in our population particularly in those who present with atypical symptoms. Evaluation of conventional risk factors like hypertension, diabetes mellitus, obesity, dyslipidaemia, and smoking must be done in men from the age of 30-years onwards and in women of post-menopausal age. Triglycerides, LDL-C, and HDL-C estimations must be a part of routine evaluation. In major hospitals the laboratory facilities for evaluation of newer risk factors, namely lipoprotein-a, apolipoproteins, fibrinogen, homocysteine, PAI-I, and hyperinsulinaemia must be introduced. In asymptomatic individuals with background of coronary risk factors, after the age of 30-years, investigations including stress ECG/stress echo/stress thallium must be periodically performed. From the policy point of view there is a need to plan strategies for preventing and halting coronary atherosclerosis which is fast spreading as a malignant epidemic amongst the young. In the industrialised countries there is a continuing decline of CAD during the last three decades. Between 1965- 1990, CAD mortality had decreased by 60% in Japan and Finland and by 50% in USA, Canada, France, and Australia. This has been possible by focussing on public education programmes for modifying the known risk factors and by targeting high risk individuals. This achievement of the industrialised nations must become a lesson and an inspiration for the physicians and the policy makers in India.

The symptoms of an MI are not to be taken lightly among young adults. The symptoms include acute chest pain, excessive sweating, nausea, vomiting and shortness of breath. Smoking makes young adults most prone to sudden cardiac death (death within an hour of the onset of symptoms). The deaths following an MI can be due to:
• Large amount of heart muscle damage.
• Arrhythmia (Irregular fast heart beats that occur due to oxygen deficiency in the heart muscle)

How to prevent an MI for those over 30?
• It is mandatory to do Master Cardiac Checkups including TMT every year.
• Physically active lifestyle, with 3-4 kilometre brisk walk, at least 5 days a week
• Consume a variety of fruits and vegetables, grain products including whole grains, skimmed and low fat dairy products, fish, poultry and lean meats, legumes, lentils, dhals
• Avoid smoking.
• De-stress (try Yoga, meditation, socializing etc.) 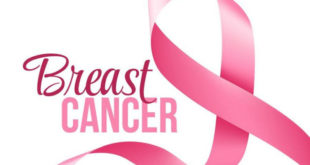 Breast Cancer: What are BRCA tests and do you really need them?

Mumbai: In 2015, American actress Angelina Jolie made headlines with her announcement of having her ovaries …