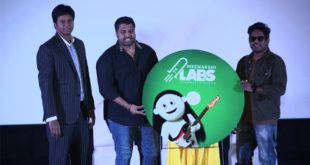 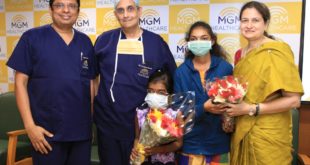 Chennai, January , 2018: Diabetes with Delight, a comprehensive manual on diabetes by Dr Anoop Misra, Chairman, Fortis C-DOC, was released at the World Book Fair 2018 in Delhi recently. The event witnessed Padma Shree awardee and leading television personality Mr Vinod Duaand Dr Narottam Puri, Advisor (Health Services), Federation of Indian Chambers of Commerce and Industries (FICCI) in conversation with the author. The book, published by Bloomsbury, is an insightful and educative guide which enables readers to understand how diabetes can affect our mental, emotional and physical wellbeing and can be prevented as well as managed effectively through some simple, methodical steps.

The impact potential of such a book is far reaching as it has a strong narrative that is not built on people’s experiences, rather on scientific evidence-based research. The national guidelines that have been formulated for obesity, exercise and diabetes form the back bone of this book, in addition to inputs from clinicians and nutritionists. The book is able to put across suggestions and management tips in a helpful, easy-to-understand and simple manner. Important, vital messages, dialogue boxes and FAQs make the content of the book extremely interactive and friendly. The most important contribution of the book is that it demystifies a much-feared chronic ailment, enabling people with diabetes as well as general readers to adopt preventive measures not only for diabetes but also related non-communicable diseases such as hypertension, obesity, polycystic ovary syndrome, high cholesterol and cardiac ailments.

Dr Anoop Misra, Chairman Fortis C-DOC, said, “I have attempted to do away with a verbose, clinical narrative and make the content of the book engaging. Certain concepts which are not fully understood, such as fasting, are made clearer. For many aspects related to diabetes, long-standing myths are addressed and facts are established. The book caters to a wide audience as well including non-diabetic people as well) as it provides several strategies that can promote a healthier lifestyle among everyone. Further, I have also given an extensive history of the disease and how it affects south Asian, particularly, the Indian population along with the types, determinants, signs, symptoms and complications related to diabetes. Ultimately through this book, I want people to feel empowered enough to change their lifestyle, control their diabetes and prevent further any associated complications morbidities.”

According to the World Health Organisation (WHO), diabetes is a chronic condition having no cure, which occurs when the pancreas is not able to produce insulin or when the body cannot effectively use the insulin it produces. Diabetes is a major cause of blindness, kidney failure, heart attacks, stroke and lower limb amputation. The number of people with diabetes has risen from 108 million in 1980 to 422 million in 2014. In 2015, an estimated 1.6 million deaths were directly caused by diabetes. Diabetes is also known as an “opportunistic killer” as it mostly occurs due to the opportunities provided by patients in form of bad lifestyle and disciplinary inconsistencies. Thus, healthy diet, regular physical activity, maintaining a normal body weight and avoiding tobacco use are ways to prevent or delay the onset of type 2 diabetes.