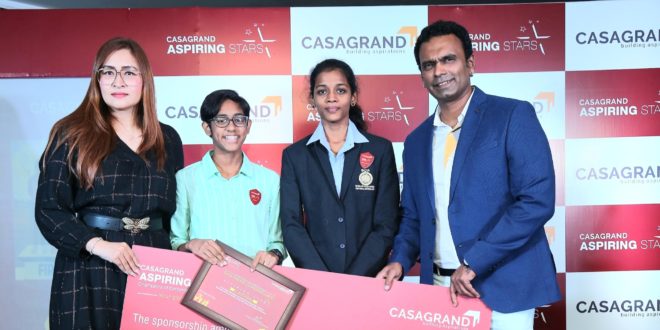 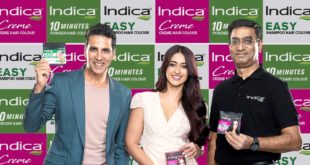 Things to look out for while buying a floor cleaner

Chennai, 7th January 2020: As part of the Casagrand Aspiring Stars program, this year CASAGRAND felicitated three young promising sports champions. Hailing from Bengaluru, Coimbatore and Chennai these young sports stars were provided a sponsorship of rupees 2 Lakh each to support their sports training and development requirements. Arjuna Awardee and celebrated Badminton player Ms. Jwala Gutta and Mr. Eshwar N, Executive Vice-President, Marketing of CASAGRAND handed over the sponsorships to these young champions at a grand event today. The funds will be used towards their coaching, equipment, nutrition and other essential needs.

This year, the Casagrand Aspiring Stars program received over 200 applications from across the country. After multiple rounds of thorough screening, a panel of jury members shortlisted the final three women achievers for the award –  S. Ruthika, an athlete from Chennai, Suhitha Maruri, a Tennis champion from Bengaluru and Abinaya Raghupathy, a promising Roller Skating sportsperson from Coimbatore.

S Ruthika is a class X student from Chennai who started participating in the competitions since 2015 at the age of 12. In past 5 years, she has participated in more than 50 competitions and won several medals. Her performance rose to the peak last year in the under 14 category when she won her first National medal at Ranchi.  In 2018-19 season alone she has won 16 Gold, 7 Silver and 5 Bronze medals at various District, State and National level competitions which includes 3 National Level Gold and 2 Silver medals. Her other major achievements include, Silver Medal (4×100 Mts) – 64th National School Games, (Tamil Nadu Team) and Bronze Medal (100 Mts) – 64th National School Games. She has won the gold medal and silver medal at the Tamil Nadu State Junior Athletics Championships. During 2019, she created a new meet record (NMR) by clocking 12.35 sec in 100 mts at the South Zone Athletics Championships in Udipi, Karnataka. Ruthika recently won a gold medal at the National Junior Athletics Championship, held in Guntur.

Suhitha Maruri is a shining Tennis star from Bengaluru who is currently at No. 3 in the All India Tennis Association Girls’ Under 14 Ranking. She turned her interest into sport at a very young age and has since never looked back. Her sheer determination and consistency earned her recognition amongst her peers and coaches. She started playing tennis at the age of 9, and since then she has been pursuing the sport without a break. Till date, she has played 100+ Tournaments at AITA/ATF/ITF levels and won 30 + titles. She has represented INDIA at Division 1 Championship held at Tashkent, Uzbekistan and at the Closed Championship 2019 held at Doha, Qatar. She has won the National Series Tournaments conducted by AITA thrice and the ATF tournament in Singles and Doubles category in 2019. Suhitha, along with her sister, has recently won ‘Doubles Title’ at the World Junior Ranking Tennis Tournament.

A resident of Coimbatore, Abinaya Raghupathy’s hard work and determination have made her successful in the unconventional sport of Roller Skating – a passion she has been actively pursuing for the past 6 years. She has participated in more than 40 National and International tournaments and has won over 120 medals at various categories.  She is the first Quad Skater to win a National medal and the first player from Tamil Nadu to participate at the International competition. She represented the country at the World Roller Games 2019 held at Barcelona, Spain and won the 4th rank. She won 3 gold medals at the Open International at Kathmandu and won the bronze medal at the 56th National Roller Skating championship. She is the winner of Tamil Nadu Roller Skating championship from 2013 to 2018.

Speaking at the event, Mr. Eshwar N, Executive Vice-President, Marketing of CASAGRAND said, “We are elated to present this sponsorship to these young talents; their remarkable achievements have inspired us. Rithika, Suhitha and Abinaya have performed exceedingly well in their respective sports and are on the way to become bigger stars by representing the country internationally. These young champions have a long way to go and I believe our contribution will help them gain more success in their upcoming tournaments. Through the CASAGRAND Aspiring Stars initiative, we support young players and young undiscovered sports achievers. In the future, we aim to reach out to more players to support and nourish their dreams. I wish Ruthika, Suhitha and Abinaya all the very best for their future and I’m sure that one day they will make our nation very proud.”

The Aspiring Stars Program was launched in 2015 at Chennai as an initiative to nurture and encourage young sports talents. In the past, young sports stars pursuing Tennis, Archery, Squash and other sports, were sponsored through this program. The latest edition of Casagrand Aspiring Stars was concluded on a happy note as the young achievers and their parents were delighted to receive the sponsorship, they said it would surely help them to perform better and bring more medals for the country. 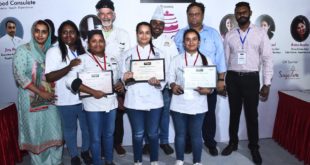